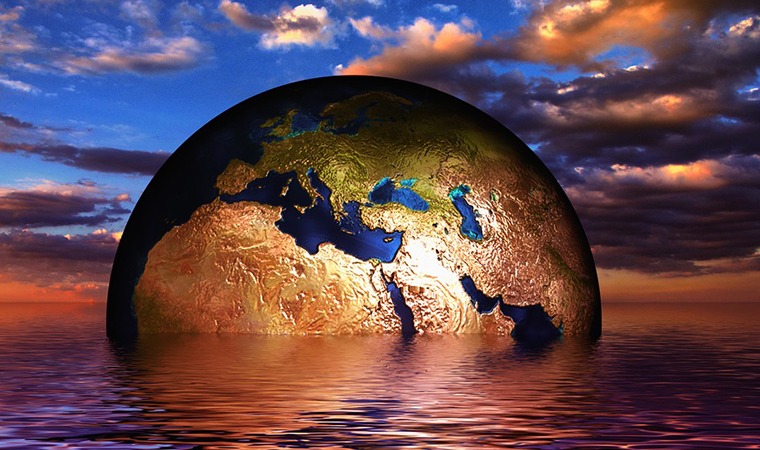 By CommunicationsPosted on October 30, 2020October 30, 2020Posted in JusticeNo Comments on Pope Francis: get serious about climate change and unfair economic systems

Pope Francis has repeatedly challenged us to ‘make some noise’ about the serious issues of climate change, as well as about poverty and extreme inequality. He summarised his concerns in his social encyclical, Laudato Si’: On Care for our Common Home’, which he signed on Pentecost Sunday, 24 March 2015.

This is not just any other document from the Pope. It is his signature document about how faith should be mobilising our hearts and energies to address these imminent threats to the wellbeing of hundreds of millions of people, and even endangering the very life-support systems sustaining humankind and all God’s creatures. It sounds like hyperbole, but that is what scientists are saying, and what we have been witnessing in the last few years.

Francis is in no doubt about the ‘catastrophic’ threats from climate change, and reflects the overwhelming views of climate scientists. Laudato Si’ was launched in Rome on 18 June 2015 by one of the world’s most eminent climate scientists, Professor Schellnhuber of the Potsdam Institute for Climate Impact Research.

Francis wrote this document drawing from his personal involvement tackling issues of poverty and injustice in Argentina, and also because he is listening intently to leading scientists and economists about what needs to be done to ensure a better life for all people. Hence he released Laudato Si’ to bolster international support for the UN Paris Climate Conference held in December 2015, and also to encourage all nations to endorse the UN Sustainable Development Goals (SDGs). Soon after he spoke to the UN General Assembly in New York on 25 September 2015, 193 member states voted to adopt the 2030 Agenda for Sustainable Development.

Francis continues to insist on the critical importance of Laudato Si’, speaking about it in hundreds of talks and speeches, giving copies to eminent visitors and political figures, and in collaboration with other churches and religious traditions, urging everyone to focus on these issues as matters of utmost urgency.

He instituted a special Laudato Si’ week each year from 16 to 24 May to stimulate further action implementing the document. Then he approved the ‘Seasons of Creation’ as a special liturgical period from 1 September to 4 October, the feast of St Francis, to further highlight Laudato Si’ in liturgical settings, to organise events to raise awareness and a deep ‘ecological conversion’, while stimulating effective action on social and environmental issues locally and more widely.

Termed the child of Laudato Si’, the Amazon Synod that finished in 2019 dealt with the critical social and environmental issues threatening the Amazon rainforests and their peoples. Following extensive consultations over several years involving 87,000 people, all the bishops of the Amazon region met in Rome with Indigenous and other representatives. From this emerged their Final Document which Pope Francis effectively baptised with his reply, Querida Amazonia. Embracing Pope Francis’s vision of ‘synodality’, the Synod envisaged an Amazon Church, with Amazon faces and cultures, helping preserve this vital ecosystem for the world’s climate. Further, Francis supported a special anniversary year running from 24 May 2020 to 24 May 2021 to promote discussion and action on the issues of Laudato Si’. If the COVID-19 pandemic allows, an international conference on the ‘Economy of Francis’ in Assisi is scheduled for 19-21 November 2020. It is to be addressed by leading economists and scientists, among others. Some 4000 advanced economics students, social entrepreneurs and business people are invited to search for forms of capitalism that better serve all humanity. Finally, Francis is promoting a 7-year program to expand networks of information and collaboration, moving purposefully to help remake our world to provide a sustainable and equitable future for everyone. To help stimulate and guide such efforts, the Vatican has produced a 227-page book, “Journeying towards Care for our Common Home: Five Years after Laudato Si’.’ Launched in Italian on 18 June and still being translated, it resulted from extensive consultation with specialists, church networks and organisations about how to promote vigorous, urgent action to meet the hopes of Laudato Si’. It outlined many suggestions and practical responses in which everyone could be involved,

Hundreds of thousands of school children around the world have been inspired by Greta Thunberg as well as Pope Francis, and joined in school strikes and street marches, influencing their families about reducing our carbon footprint. Many schools and parishes, as well as businesses, are taking small steps, avoiding use of plastics and reducing waste. Even some major oil and gas companies are transitioning into production of renewable energy. Public opinion is largely convinced about the dangers of global warming, despite opposition from some vested fossil fuel interests.

It is more difficult to know how to respond to the economic issues of inequality and globalisation. Thankfully most nations and many millions of people are doing their utmost, or what they can, to achieve the Sustainable Development Goals. Pope Francis sees these as critical initiatives to abolish hunger and the worst poverty, save the environment and create a sustainable future. Recall that Laudato Si’ was written in concert with people designing the SDGs.

But we in Australia need to make a much bigger contribution with our abundant resources, specialised expertise and skills in many areas, bearing in mind that powerful global special interests will fight hard to maintain their excessive power and wealth. Francis is influenced by leading economists like Joseph E Stiglitz that much in our current pattern of globalisation has been ‘rigged’ so that the extremely rich become even richer, at the expense of the great majority of people, and especially poorer people. “This economy kills’ wrote Pope Francis. Something is seriously wrong when a tiny number of people can own as much wealth as half the entire planet.

Pope Francis on 19 August said the world must find a cure for the terrible virus that has brought the world to its knees, but “we must also cure a larger virus, that of social injustice, inequality of opportunity, marginalisation and the lack of protection for the weakest.”

Making a preferential option for the poor and marginalised “is not a political or ideological choice; it lies at the very heart of the Gospel”, Pope Francis said. It “is the key criterion of Christian authenticity,”

Bruce Duncan is a Redemptorist priest lecturing in Catholic social movements at Yarra Theological Union in Melbourne. He is director of the ecumenical network Social Policy Connections.