Skip to content
By AdminPosted on July 6, 2020July 10, 2020Posted in JusticeNo Comments on Climate change links Australia & the Amazon

Australia faces some surprisingly similar issues to the Amazon, especially the rapid impact of climate change from increasing emissions of greenhouse gases, felling vital forests, unsustainable farming and mining practices, growing inequalities between rich and poor, and the excessive influence of domestic and foreign economic interests.

Yet the circumstances of Australia and the Amazon are vastly different. Australia has a developed economy, while parts of Brazil and of the other eight countries making up Amazonia have areas of very traditional or subsistence economies, with deep poverty. Many people also work in the ‘informal’ urban economy with insecure work and very low incomes.

In Australia and the Amazon, indigenous peoples have suffered dispossession and cruel treatment. In Australia, the struggle for land rights, respect, equality, and a proper place at the table for our First Peoples is ongoing. In Amazonia, the struggle is raw and bloody, however, and increasingly so with the Bolsonaro government encouraging expropriation of indigenous lands. Between 2003 and 2017, more than 1100 indigenous people were murdered while trying to protect their ancestral forests from commercial interests wanting to log the timber, and clear the land to raise beef or soya beans for US markets or to open massive mines.

As reported in the Amazon Synod of Bishops which met in Rome in October 2019, killing and displacement of indigenous and ‘river’ peoples have become widespread, particularly following the deliberate firing of large sections of the Amazon last year, destroying 2.25 million acres (906,000 hectares), more than 17% of the rainforest.

Climate scientists worldwide were shocked and alarmed at the fires, since the Amazon has such a major influence on world weather, and clearing the rainforest would accelerate global warming.

Informed by leading scientists, the Catholic Church was already so concerned about the likely impact on the world’s climate, as well as the deteriorating human rights situation and extreme inequalities, that Pope Francis called an unprecedented Synod for Amazonia. Widespread consultations among church networks involved some 87,000 people reporting on what was happening, and what could be done to improve situations. The results of these discussions were fed into the Final Document used for the meeting of 300 participants of this Synod of bishops and others, including indigenous representatives. Pope Francis published his own response on 2 February 2020 in Querida Amazonia (Beloved Amazonia).

What Australia can learn from the Amazon Synod 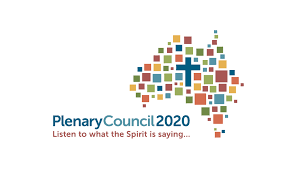 Somewhat similar to the Amazon Synod, the Catholic Church in Australia is currently preparing for a Plenary Council during 2020-22. Catholics and others interested were invited to join local or parish groups to discuss how well the Church was fulfilling its mission and responding to current challenges. Given the sex abuse crisis, there has been much discussion about church failures of governance and accountability, and how to remedy these with increased lay participation and responsibility, particularly by women.

These are extremely important discussions, but so far there has been little public focus on wide social and economic issues, particularly as raised by Pope Francis in his 2015 encyclical Laudato Si’ and at the Amazon Synod, especially climate change and growing social and economic inequality, along with indigenous issues.

Yet Australia is also a major contributor to greenhouse gases. The extraordinary fires in the past year burned through 12.6 million hectares of farm and forest land. What a wake-up call about the threat from climate change! And we have doubled our volume of coal mined since the mid-1990s to over 500 million tonnes by 2018, earning $67 billion, second only to iron ore in value over the decade. Three quarters of our coal was exported, mainly to Japan, China, and India. Meanwhile, Prime Minister Scott Morrison has been promoting gas as a transition fuel away from coal, but gas produces further greenhouse gases such as methane and carbon dioxide. Instead of strongly promoting renewables, Australia is reportedly subsidising fossil fuels by $29 billion a year, while continuing to fail to put a price on carbon to reduce emissions. Meanwhile, Australians are among the highest emitters in the world of greenhouse gases per capita. The political failure has been appalling.

It is time in Australia for the Church, in tandem with other churches, religious traditions, and civil groups, to speak up vigorously about the grave crisis confronting us and the world.

In addition, like Pope Francis, we need to challenge growing inequality in Australia, and the economic and political policies – especially those inspired by neoliberal views – which justify such inequity, resulting for many in poor education, healthcare, and life opportunities.

The churches have long traditions promoting human wellbeing. How do we move on these issues strongly, not just in Australia, but also with our international neighbours, particularly through international efforts like the UN Sustainable Development Goals? It is highly likely that most Australians have never heard of them, yet they are perhaps the most significant efforts to promote universal human wellbeing ever developed. Pope Francis has also strongly supported them.

These were focal issues for the Amazon Synod. Should they not be so for us in Australia as well?

The Redemptorists are a religious congregation of priests and brothers within the Catholic Church who live in community for the sake of preaching the Gospel of Jesus Christ, especially among people on the margins of society and church.