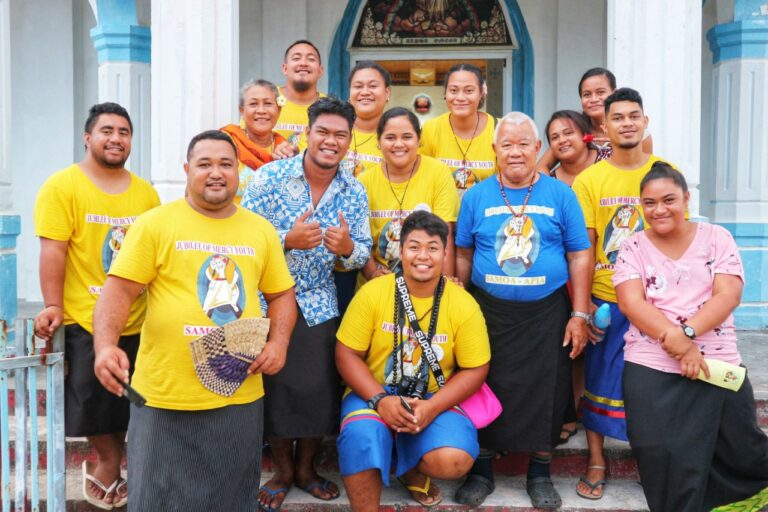 Redemptorist Samoa Mission  started in 1972 with the arrival of the first missionaries from Redemptorist Region of Aetearoa – New Zealand. Due to the lacking membership and the demands of the pastoral needs in New Zealand, the Redemptorists decided to give up the mission and back to New Zealand. They left samoa in 1987.

The Archbishop of Alapati Lui Mataeliga has given the Redemptorist 4 Parishes at the district of Aleipata – Upolu Samoa. The four parishes are St. Mary Guadalupe – Tiavea, Sacred Hearth of Jesus – Samusu, St. Michael – Amaile and St. Peter and Paul – Saleaaumua. The community is now under the leadership of Fr. Remigious Sila as the Leader of Mission, accompanied by Fr. Lambertus Sogen, the Parist Priest of the four parishes and Fr. Gabriel Marokota as the coordinator of Youth mission. These three priests are the members of Redemptorist Province of Indonesia