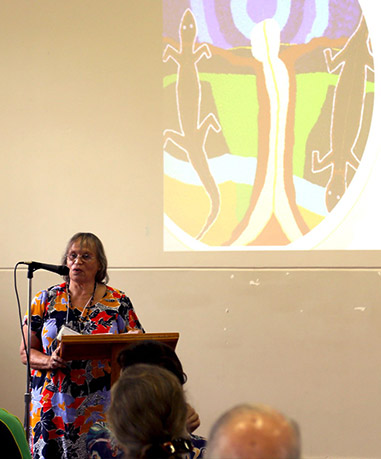 St Clement’s, Galong, has been the home of the Redemptorist Congregation of priests and brothers since 1918.  The initial buildings combined a Monastery and Junior Seminary.  In the mid-seventies, the building began a series of transformations, physically and functionally, for visitors, retreatants and, more recently, conferences and seminars.

The tradition of hospitality to all began at Galong when Irish transportee Edward ‘Ned’ Ryan settled there in the late 1820’s. In due time, through the will of his son John Nagle Ryan, the property was passed onto the Redemptorist Congregation who established a monastery and a juvenate named for St Clement Hofbauer (1751-1820), in 1918. Some 2,000 young men were educated at Galong before the college closed in 1975.

In recent years St Clement’s completed a new phase in its evolution with the refurbishment of the monastery and Galong House (c1850), the homestead of ‘Ned’ Ryan making it an ideal setting for a special meeting or dinner. Refurbished with modern appointments the monastery has diversified and increased its accommodation and conference facilities yet retained its historic atmosphere and quiet ambiance. The latest improvements include the refurbishment of the large swimming pool and a museum, archive and library which are being developed in Galong House to house a collection of historical significance.

The Centre is playing an active role in working towards a sustainable future through good environmental practices and energy conservation. Guests are asked to cooperate in helping us achieve zero waste by complying with some simple recycling and housekeeping requirements.

There are two chapels and a number of prayer rooms providing places for liturgy and meditation.  The chapel for regular use is on the ground floor and retreatants and people from the local area gather there for services during the week and of a Sunday.

On the second floor there is another, larger chapel, known as the Boys’ Chapel.  This was the chapel used by students when St Clement’s was a boarding school for young men interested in joining the Redemptorists.