The coming of the Redemptorists to the Philippines is significant in our Australasian history. It started with the foundation at Opon in 1906, the first for the Redemptorists in Asia. However, it was less than a smooth start.

America was the occupying power, so when the Australians were mistaken for American Friars, the newcomers were subjected to a boycott of several weeks. Not only did the Filipinos refuse to come to the church, they also refused to sell provisions to the community. The boycott ended when a priest from a neighbouring parish explained to the locals that the fathers were neither American nor friars. The town band signalled the truth by serenading the community with Irish music!

Under Fr Patrick Leo, the new community had their hands full coping with the parish. They also had the districts of Cordova and Santa Rosa which had been thrown in for good measure. When further confreres arrived from Australia and New Zealand, the preaching of effective missions got under way.

The Redemptorists transferred to Baclaran in 1932. The Ynchausti family, old friends and benefactors from Malate, donated a beautiful high altar for the new foundation and insisted that the church be a shrine in honour of Our Lady of Perpetual Help. 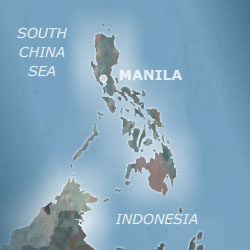 During World War II, the Japanese took over the Redemptorist house in Baclaran and the community was dispersed. The Australian and New Zealand Redemptorists were interred at Los Banos, but the Irish superior, Fr F. J. Cosgrave, was spared interment due to his nationality. Before leaving, Fr Cosgrave took down the icon from the high altar and entrusted it to a local family for safekeeping. But when the family’s house was burned down towards the end of the war, nobody knew what happened to the icon.

During the war, the Japanese had stored in the Bilibid Prison some of the valuable articles stolen from Filipino homes. It was a happy surprise then, when after liberation, the icon was discovered. The Redemptorists were informed and the icon was returned to Baclaran. Popular devotion to Our Lady of Perpetual Help blossomed when the Perpetual Novena was introduced at Baclaran in 1948.

Today, the Baclaran phenomenon is legendary. Every Wednesday, an estimated 100,000 come to the Redemptorist church in Baclaran to pray the Perpetual Novena, and on the first Wednesday of the month, that number expands to 120,000 people.

Baclaran was soon followed by a second foundation in Lipa in 1936. In the beginning, this community conducted short retreats throughout the local diocese followed by missions in each parish.

The most pressing need of the people was their lack of instruction, which in the more remote barrios was almost total. Preaching was often limited to one week, while more lasting results were expected from the more personal contacts with the people. That usually meant sharing the living conditions of the people in the most isolated places and a great deal of travel on foot.

In order to really build and enhance relationships with the people, the Redemptorists worked hard to learn the local languages, so that where possible, missions and instructions were conducted in the Filipino languages of Tagalog and Becol.

The Redemptorist mission in the Philippines continues to flourish. Filipino confreres have given their own style and flavour to the mission.

OUR HISTORY
Scroll to top