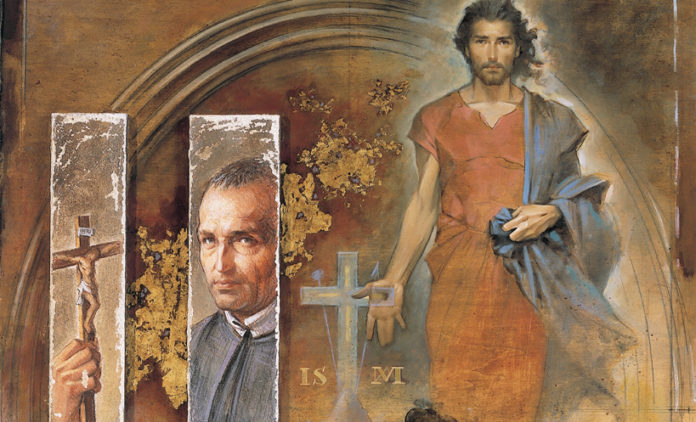 Nov 9 – The 288th Anniversary of the First Redemptorist Community

On November 9, 1732, Alphonsus Ligouri and four other priests formally began the first Redemptorist community in Scala, a small town in the mountains behind the Amalfi coastline of southern Italy. On November 18, they were joined by a man named Vitus Curtius. He was not a priest, but wanted to join the community as a Redemptorist brother. Alphonsus had the vision of a new religious congregation which would work for people who had been neglected or abandoned by the Catholic church in that area. While Naples, the largest nearby city, was overflowing with priests, the peasant workers around Scala were left abandoned.

Like the founding of many other new religious communities, this one was also a disaster. Alphonsus had a vision, but the first Redemptorist community did not a clear idea of what they were to do, and how they were to live. Alphonsus had not chosen wisely when he accepted the four priests who began the community with him. They were divisive characters, unsuited to community life, and not really on board with Alphonsus’ vision of the mission of the Redemptorists. By April 1733 they had left the community and gone their own ways.

Alphonsus was left with only Vitus Curtius. Although the community had collapsed, Alphonsus still believed in his vision of a new religious congregation, and felt some relief when the four troublemaking priests left him. He and Vitus remained in Scala, and were joined there in June by two new members. So, the four of them started again, but this time they were united in spirit and in their commitment to the abandoned poor, like the peasant workers they found around Scala.

From this community the Redemptorist congregation spread, first in southern Italy, then into modern day Poland and Austria. From there came foundations firstly in western Europe, and then in England and Ireland. Now there are about 5,000 Redemptorists worldwide. With foundations on every continent, we are inspired by the vision of Alphonsus, and how we might  carry it out in the many different cultures in which we live and work.

November 9 marks the 288th anniversary of The Redemptorists Congregation